Whom among you will be throned as the greatest savior and earn the greatest rewards of the Mollector Universe?

The great MOL war had ended. Yet, the people of the Twisted Clouds had no time to celebrate as a new threat emerges, Agápe - the Sentient Blackhole. Agápe is a powerful force that has been dormant in the depths of space feeding on the carnage caused by the war. It has now awoken and is slowly consuming everything in its path, including planets and stars, spreading rapidly. And its trajectory will soon cross the Twisted Clouds.

The people of the Twisted Clouds must now unite to face this new foe. They will need to use all of their knowledge and resources in order to find a way to stop the Sentient Blackhole before it is too late. You, the Mollectors, are their only hope.

Right at this moment, an Echo of the Blackhole has appeared, unite and lead them with haste in the first battles to hunt and stop the monstrous Agápe. 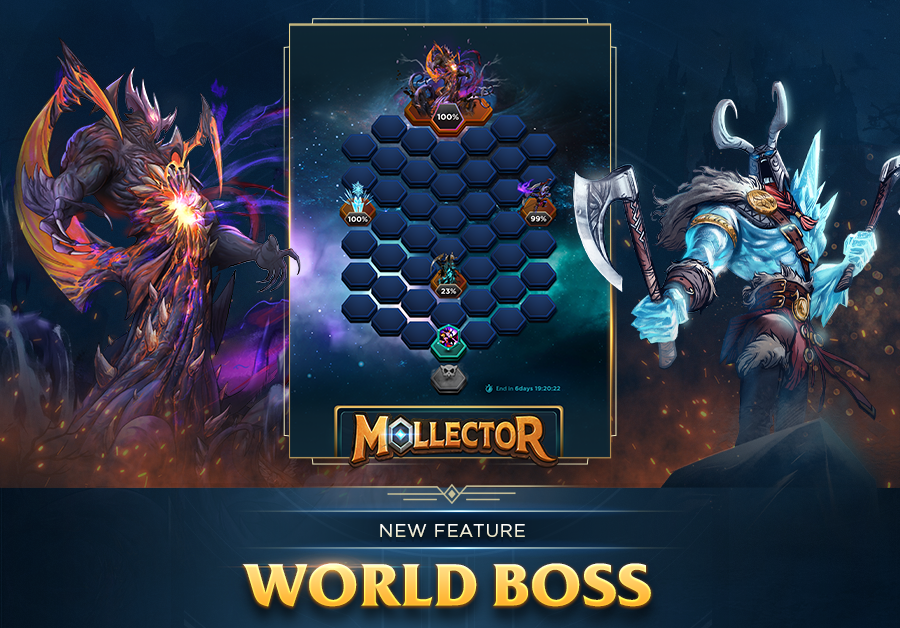 In great perils great heroes are born. Whom among you will be throned as the greatest savior and earn the greatest rewards of the Mollector Universe? Act now and act with prudence!

Join our communities and discuss more with us here: